Today has been quite quiet for me. I did a little dog-sitting this morning while my mom was visiting the urologist. I worked on my Italian. I watched some YouTube videos. I did a little Pinterest research for toddler activities (Austin is very much into planning things for Cosette to do because he is an awesome dad, as you all know!) I did not do anything on the to-do list from yesterday so... boo hiss on my organizational aspirations. I'll get there eventually.

My parents got something marked off their to-do list today - they hired a guy to do yard work! Austin has been doing it since we moved here and his perception of a perfectly groomed lawn is somewhat different from my mom's perception. She's always just kind of done what needed to be done to bring it up to snuff as she enjoys working in the yard but she really can't physically do that any more. With Austin working so much and having Cosette on one of his days off every week, he doesn't have the time to put into it that he once did. AND... the riding lawnmower quit working about two weeks ago and we haven't been able to figure out how to get it going again. I say "we" as if I had anything to do with it. Trust me, I don't.

Following up on my recent interest in that YouTube series on a visit to North Korea, I watched a video on this guy who defected to North Korea in 1962. I believe there were a few others but this guy was the first. His name is James Dresnok. It was very interesting to see how deeply indoctrinated he has become during his time there. His reason for crossing the border was ... stupid, if you ask me ... his marriage had ended, he had forged a superior's signature on a pass while stationed in South Korea and ... he just figured, why not? Suicide by crossing the DMZ, I guess. He became a propaganda piece for North Korea as did the other men who followed him around that time. He has sons who were born there and who speak English with a Korean accent. It's pretty bizarre because the accent doesn't match the face. The documentary was called, "Crossing the Line" if you're interested in seeing it. I watched it on YouTube.

I'm hearing that the Pumpkin Spice Latte release is September 1st, as in DAY AFTER TOMORROW! I'm wondering if Cosette is old enough for her first PSL as she'll be with us that day... Just kidding. Mostly.

For my first "Autumn themed flavor test" I tried the pecan pie m&ms that I bought last week. They aren't BAD but they are awfully sweet. They taste as if you dipped an m&m in maple syrup. So... maybe if you don't like super sweet things you would want to skip them. I'm a fan of sweet and salty so I think I would like peanut m&ms dipped in maple syrup but you can't make pecan pie with peanuts so...

Today is my middle son, Cody's birthday and tomorrow is my brother Bryan's birthday! I can always remember Bryan's age because he is ten years younger than me. His birth that occurred in the middle of the night. Jim was 12, I was ten and Michael was 3 so my Aunt Ginger and Uncle Carl came and stayed with us when my parents went to the hospital. At some point during the night they opened my bedroom door and turned on the light and said, "you have another brother!!!" And my ten year old/only girl response was, "turn the light off.". I did grow to love him, as I love all my brothers. Although I always wished for a sister, the ones I gained through marriage have been pretty awesome. Some of them are real awesome and some are not awesome so it balances out to be pretty awesome. (Bryan picked a real awesome one) At any rate... Happy Birthday, Bryan! I've always been proud of your accomplishments but I'm even prouder of seeing you as a husband and father!

Tomorrow is also my nephew Caleb's birthday. We haven't seen him in awhile but we love him dearly and are thinking about him on his ... yikes... 12th birthday!

Tomorrow my mom has two procedures to try to get more information on her health situation. I'll share more when we know more but keep her in your prayers tomorrow. And also, keep my dad in your prayers as he is not great at waiting and he'll be doing a lot of it tomorrow. Praying for comfy waiting rooms and long naps for him. I'll be Oscar sitting so pray for the cats (LOL!). Sometimes Oscar is friendly with the cats and sometimes he isn't. We are anxious to know what my mom is facing. I just keep trying to remember that God knows already and has been working to prepare us all for whatever news comes... and of course you never know anything right away so it's really more the beginning of waiting than it is a resolution. Her first procedure is one I've had before and it's uncomfortable all by itself but then she has a long drive, another procedure and another long drive to face afterwards. 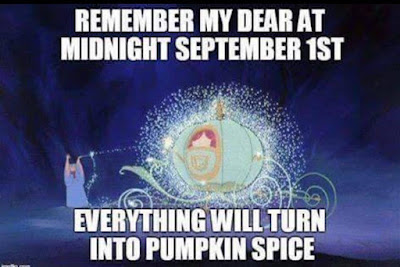 Lots of my news for today is really about tomorrow and the next day, it seems... it's all part of being a daily blahhhhger. Some days are just dull. I haven't watched much actual news today. I said I'd go back to the 24 hour news cycle after the Olympics and I really haven't. It's on in the background with the sound mostly off while I do my Italian lesson in the morning. I check online news periodically throughout the day and I leave it on the news channels during the night in case there's something big breaking, I'll see it on one of my multiple bathroom breaks during the night. I'm still so aggravated with the political situation in our country. I feel like we've dealt with so much legitimate tough stuff as a family this year with my mom being sick and the custody stuff and it just makes me angry that people like Anthony Weiner are in the news because he is such a massive pervert and that Colin Kaepernick doesn't have enough human decency to stand for the National Anthem. Our country may not be perfect but it's done an awful lot for him. There's so much more in life that MATTERS. It's just easier to keep my blood pressure under control if I don't watch much news. Does that make sense?

I'm catching up on my DVR'd shows this evening and maybe watching a few more episodes of Drop Dead Diva. We had a great dinner - chicken and rice. I'm having a peaceful, easy evening and I hope you are too! Just two more days until Pumpkin Spice everything! Love and hugs, y'all!