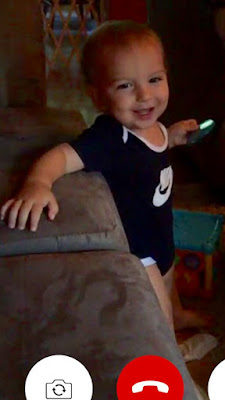 I ended up with a bit of a emergenza sonno (sleep emergency) this week. I didn't sleep Wednesday - well, I didn't sleep much. The same thing happened on Thursday night. By yesterday afternoon I was dozing off randomly in the middle of doing things. I couldn't function. Couldn't comprehend anything I read. Couldn't get through my Italian lessons. I was just wiped out. I finally had to build a nest of pillows to be able to sleep. It's hard to sleep here during the day because life is happening but I finally put my travel pillow on backwards so that it covered my ears to help block out noise. I sat on two big fluffy pillows to help my hip pain. My left hip is jacked up... I can move my left leg but I can't lift it. Too much up and down, sitting on the floor, holding a baby girl on Thursday. I'd do it again... and I will do it again... as long as I physically can. She won't always want me to hold her. I may not be able to hold future grandchildren this way but I can hold her and when she is with us, I will. It just doesn't look pretty the next day or two afterwards. I couldn't get to sleep laying down because of my back and I couldn't get to sleep sitting up because of my hip and my piriformis syndrome. But the long nap I had Friday and a decent amount of sleep Friday night has me back to feeling somewhat normal. 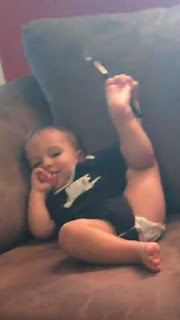 During my struggle to nap yesterday I watched some interesting stuff on tv. I watched a Gregory Peck documentary on Netflix. It was filmed in 1999 (he died in 2003). It's called "A Conversation With Gregory Peck". I really enjoyed it. He had such an easy way about him. It was great to watch. It just happened that there was a movie on TCM later yesterday (after my nap) called Designing Women. Not the tv show... the movie from... 1957 with Gregory Peck and Lauren Bacall. It was your typical romance from that era... complete with comedic complications to make the plot more interesting... It was really goofy in parts but mostly, just a very enjoyable escape back in time.

I just saw Cosette on Thursday and I miss her already. Since she didn't feel well when she was with us and since there were people around that she didn't know as well (my aunt and uncle) she was very cuddly. She did get down and play while we were on the covered porch. When we went into the living room she was a bit more cautious. I also consider that partly because she was a bit sleepy. But I don't mind a cuddly baby. It won't be long before she doesn't want to be held and cuddled. I'll take as much as I can get. She even kissed me goodbye when her mom came to get her. Just so precious! I can never get enough of my sweet babies - Cosy and Oliver. I think they're just the most amazing creatures ever created. I'm fascinated with them - obsessed even! I want more time with them... especially Oliver since I only see him once a month or so. It's become nearly impossible for me to get away for any length of time since I'm needed around here right now... picking Austin up from work when Pop can't, helping Austin with Cosy on Thursday, watching Oscar when my mom has doctor appointments. 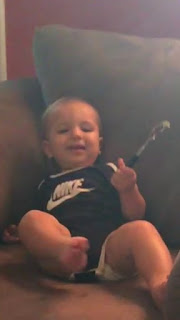 My mom has not gone back to the doctor yet so I haven't had anything new to share. She feels ok, I think. She's got less energy and she can't keep her blood sugar regulated. I think having more information about what's going on will help. She goes back to the doctor this upcoming week.

I have a looooong time blog friend who lives in New Jersey. We've never met but I've "known" her for nearly a dozen years. She and her friend run a charity where they collect clothing and food for those in need. It's not unusual for her to be in Camden handing out peanut butter sandwiches or meeting a family whose house has burned down... just wherever there is a need, they meet it. Those ladies loaded up a truck of stuff to distribute to folks in need in Louisiana. It's such a simple concept... help people who need help, whether they're down the street or halfway across the country. I'm inspired by her and so proud of her willingness to go... wherever... and do... whatever. She's been posting pictures of them dropping off things at different places - churches, schools, homes - in Louisiana and every picture melts my heart. SO... huge hugs and prayers for traveling safety for Jeanne and her friends! Dio vi benedica tutti! (God bless you all!) 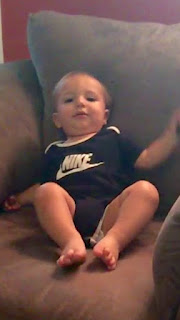 The photos in this blog post are from earlier in the week. I love my Facetime with Oliver! There are some days when the timing doesn't work out for us to Facetime but when we can, it's always fun - and funny. Oliver has so much personality. He isn't afraid of ANYTHING. He climbs on EVERYTHING. One day last week he pushed a toy to the front door, climbed up on it and tried to open the door and go out. His poor mama is exhausted all the time. Not only is he busy busy busy all day, he doesn't sleep well at night. He's a handful... but oh my word, isn't he the cutest little guy ever?

I told you... I'm obsessed with these babies. I feel like they're the reward for every struggle I have ever faced in this life. Like all the time that God was telling me to "be still" was His way of letting me know that love would come to me... in a better form than I could ever imagine. Every smile I get from one of these babies... every cuddle... just melts my heart. I  treasure them so much. I'm glad I stuck around long enough to know them.

Now I'm watching football and trying to get an extra Italian lesson or two under my belt today because I feel like I've been so out of sorts for the past few days. I'm not feeling well, just really drained to the point that every movement takes way more effort than it should. Every joint hurts. Every time I shift in my seat I find new parts that hurt. It's frustrating but... still... I feel so blessed that when I hurt I can just sit here in my nest and get as much rest as I need. I have a comfy place to be and a beautiful view and great company (in the cats) (and my parents) and I feel like I have no room to complain.

I'll leave you with a few more Facetime with Oliver photos... hope you enjoy! He's concentrating on trying to take my glasses off - through the screen. He doesn't quite get that he can't reach me inside the phone. He even kisses the screen when it's time for me to go! Anways... Have a great weekend! Amore e abbracci! Love and hugs! 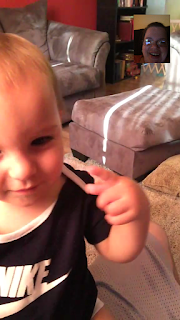 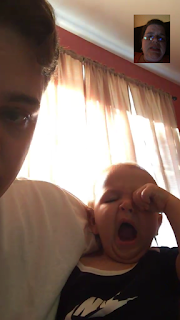 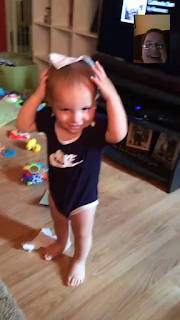 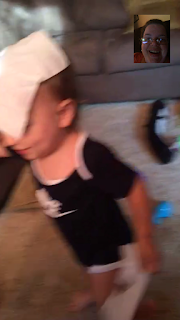 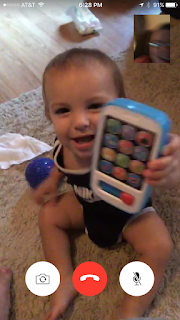 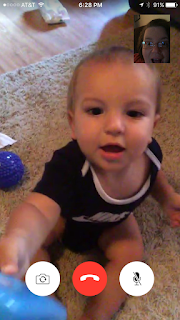 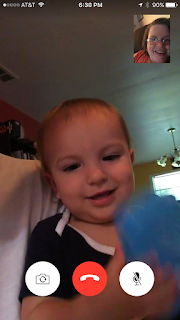 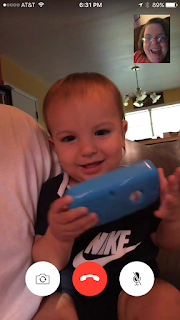 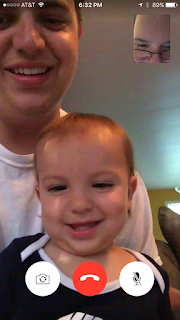 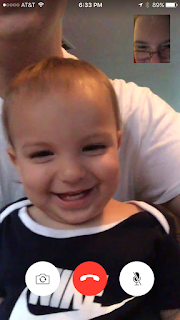 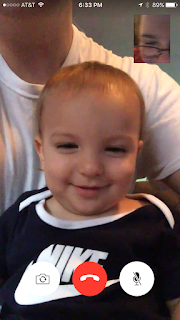 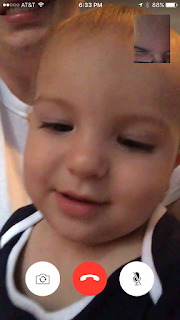 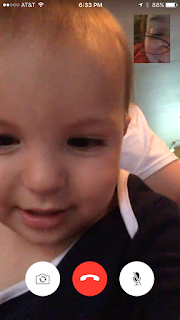 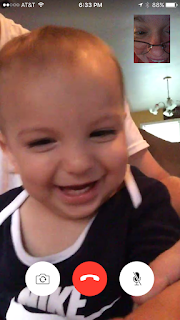 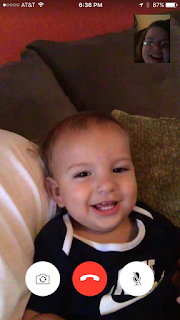 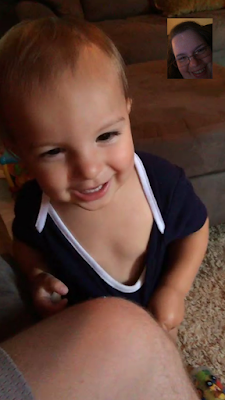