Sunday and Monday - It's A TWO for ONE! 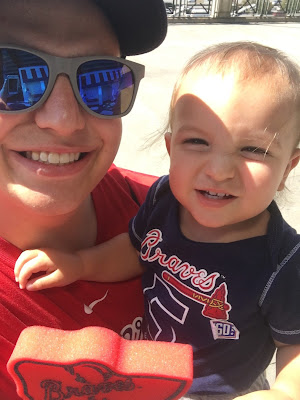 Yesterday my hands were killing me... arthritis... it's such a pest. And I was frustrated with a certain someone who lives in my house and anything I blogged was going to evolve into a list of grievances. When you blog whatever comes to mind and what's on your mind is not positive, sometimes you just have to not say anything at all. That was me yesterday.

Today my hands don't hurt as bad as my shoulders and lower back. And hips. And everything. Stupid chronic pain. But my hands do feel better.

My bathroom light burned out this morning. It's a fluorescent light and it's a very bizarre shape. We replaced it the year we moved in and I had to have a friend hunt it down in an electrical supply shop. Once Austin is home from work I'll get him to get the burned out bulb out for me and start figuring out where to buy a replacement. I've been just using the flashlight on my phone, sitting it in the middle of the room pointing up. It's pretty creepy, though. There are spiders in this basement and I need to have lights on at all times. I sleep with the lights on. So going to the bathroom in the dark is not fun. Showering in the dark... that's going to be fun. So let's all cross our fingers that Austin is in a cooperative mood after work because I need to source me a replacement light ASAP!

Oh, back to yesterday... Yesterday was Oliver's first Braves game. Cody (for those who don't know) is a huge Braves fan. He was a really good little ball player growing up and he still enjoys watching baseball, even when the Braves aren't doing well. I guess they aren't doing well this year but I don't watch them ever so I don't know. But when I (as per usual) was doing my helicopter mom thing and said, "yikes... do you really want to be in a big crowd on 9/11?" he said, "I'm going to a Braves game. There won't be a big crowd." So... apparently they're not doing well this year.

Also yesterday I talked to my eldest... which is a rare treat... so that was nice. Although Austin's lawyer will say that I'm a "helicopter mom" i.e. over-involved, the truth is that I have never obligated my kids to any regular contact. I want them to call me when they want to call me, not because they feel obligated. And they're good, they know that on my birthday and Mother's Day the RIGHT thing to do is to call me but the rest of the year they totally get a pass. Anyone who knows me knows that I hate to talk on the phone so I legitimately do not mind NOT getting regular phone calls. But I do enjoy knowing what's going on in their lives. One downside of having a social media presence is that people know what's going on in my life so they don't have to check in with me to find out, unless they need clarification. There's no... "wonder what Mom's up to" with the boys. They already know. I hear from Austin because he needs me. I hear from Cody because Oliver likes to Facetime with Nana. I rarely hear from Ryan so it was good to catch up, even if all the stuff going on isn't good stuff.

As you know... I've been making an effort to learn Italian this year. The main reason is to keep my brain from turning to mush. Learning a language at my *advanced* age is definitely more difficult than it would be if I were younger but I'm enjoying the challenge. The other reason though is that I have always been fascinated with Italy. If I physically COULD travel, I would definitely have been there already. Going to New York last Summer was a stark and painful reminder of my limitations. But just because I can't go there in person doesn't mean that I can't enjoy learning about the country and the culture. Since I have focused on Italy so much this year, the earthquake that occurred there a few weeks ago has been a particular interest of mine. One of the YouTube channels that I watch is a Mormon family with six kids. The dad is a engineering professor at BYU and he just traveled to Italy to collect data about the earthquake. Some of that footage is in this video right here, just click the link. It's a short amount at the end of the video so - skip past the first ten minutes or so unless you're really interested in seeing the family but do check out the footage of the earthquake damage. It's both beautiful and heartbreaking at the same time.

Yesterday I was watching the 9/11 Memorial on CSpan because I like to hear them call out all the names of those who were lost. It's just my 9/11 tradition. CSpan switched to the service at the Pentagon because Obama was speaking - and I care nothing about anything he has to say so I switched back to Fox News. That's when they broke the news about Hillary Clinton having to leave the service because she had gotten ill. I was intrigued. Not because I wish her any harm. I don't want her to be President because I think she's a shady lady and I think a lot of the things she's done, especially as Secretary of State have been harmful to our country. I'm not campaigning for Trump by any stretch but I definitely think Hillary is hiding stuff. The video of her getting into the van was disturbing. She is not well. Obviously, no one outside her inner circle really knows if it was just her overheating or if it was due to pneumonia or what the deal actually is. Anyways... the point is that I fell down a rabbit hole of Hillary health videos and articles yesterday and that ate up a chunk of my day. There's a lot of alternative news sources on the internet, some of it really crazy and off the wall.

So my Sunday was interesting to me but... you didn't really miss much. My Monday is about the same... minus the frustration (so far)... minus the hand pain but with a lot of other pain... I am never bored because I'm curious and can always find something to hold my interest. I'm just not sure it's always interesting to read about. Does that make sense? Tomorrow I'm tagging along on Cosette's 15 month checkup. Her mom asked if I wanted to go and ... yeah, I do. I like keeping up with how she's doing.

How was your weekend? Happy Monday! Love and hugs, y'all!