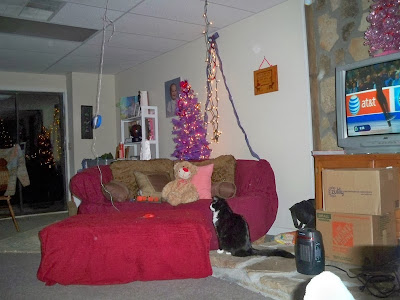 My lungs are stuffed with crud and I can't breathe which makes me anxious and exhausted. I would declare it pneumaticfluitis but the way these things go with me I could wake up tomorrow with nary a symptom. Or I could be sick for six months. One never knows. I'm also sneezing and feeling chilled and took a long nap this afternoon which is really unusual for me. 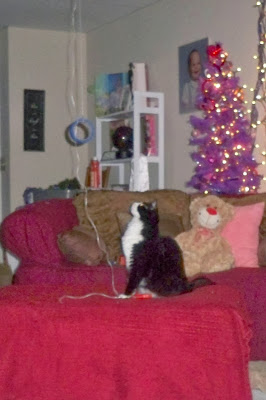 The kitty cat is doing his best to make me feel better by sitting between me and the computer. He also entertained for quite some time with a roll of painters tape that Austin hung from the ceiling for him. And then he pulled it down and was really confused. 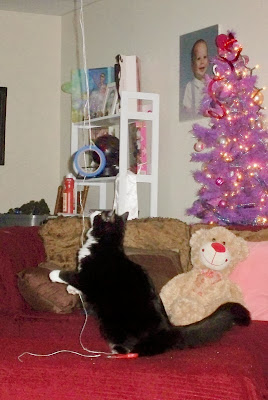 I got up this morning. I ate food. Yada, yada. Nothing exciting. Not using my format because I'm too lazy to cut and paste. Although I actually just cut and pasted that very sentence from later in this blog entry. True story. 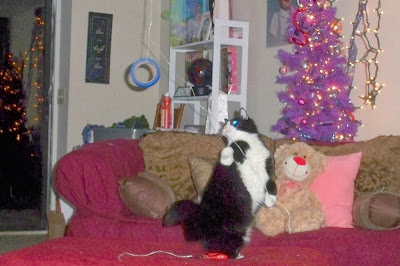 TV wise it was Mad Men episodes all morning until Downton Abbey came on and since then it's been Golden Globe Red Carpet. I only watch the E! Red Carpet because Matt Lauer on the Red Carpet, NBC? I don't think so. 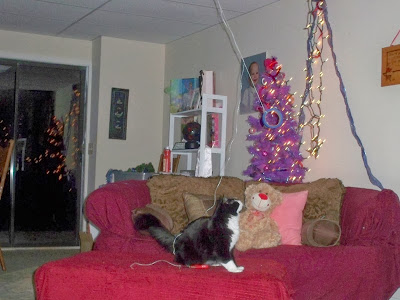 Tonight will be Golden Globes/Downton Abbey dual watching. It's a little harder to double up with something on PBS because there are no commercials.
Downton Abbey will be shown a dozen times in the next week and the key moments of the Globes will be replayed in the media a dozen times tomorrow. Win/win. 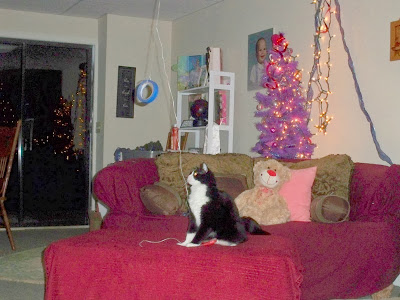 Austin's best bud and his new girlfriend spent the afternoon over here. He introduced the girlfriend to me by saying, "hey mom, here's the new girl". You gotta love it.
I think one of the bonus parts of raising kids is getting to watch their friends grow up too. 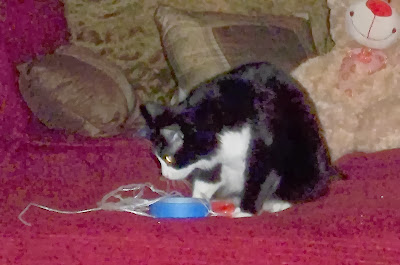 Last night I read the November 4, 2013 edition of Time magazine. My grandma sent it to me because she knows I love British stuff. Prince Charles was the cover story. She also sent me a shortbread tin that had the Royals on it. I adore it but you KNOW what a disappointment it is to get a big tin of something and the something is gone.
However I think it's incredibly adorable that my little grandma saves little treasures for me. 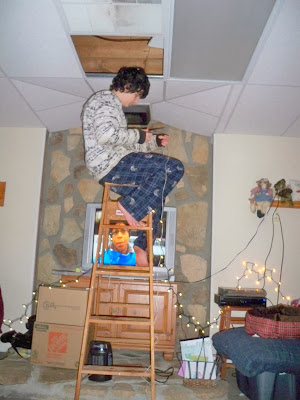 Austin adjusted my Christmas Valentines lights for me yesterday but we didn't take them down.
And... I guess that's about it. My hair is clean. My clothes are tacky. I have no plans for the upcoming week. And that's it.
Have a good week. Love and hugs, y'all.

Hope you have a great week ahead even if it is just watching the cat and looking at your Valentine lights! Feel better! Do you ever watch HGTV? Ya'll have cable there? I love to pass time with that show! Watching beach front show now! Good way to pass the time! Take care!