picture taken by Sarabeth in the car on Saturday.... 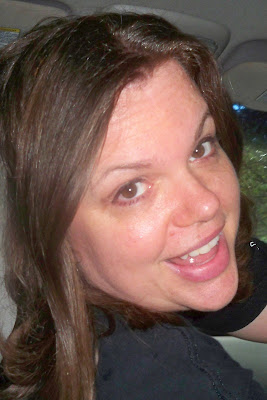 Just a few things on my mind as we get ready to start a new week...

This is Austin's last week of summer vacation. We've talked about the fact that next summer he really needs to have a part time job - as he will be 17 - so this is effectively the last summer of his childhood. Bittersweet.

I'm ready for him to go back to school. He's on such a vampire schedule that when he's home (which hasn't been often) he keeps me up all night... constantly in and out of the kitchen... in and out of his bathroom at the other side of the house (which isn't that far away, it's a small house). And once i'm up, instead of my quiet, gentle morning, it's peppered with "mom, you know what?" off and on.

I'm glad he's still here with me. The two older boys have been living apart from me for almost 3 years now and it's still weird to just be mom to one kid.

This whole "ground zero mosque" controversy has me baffled. How did we evolve to be the kind of country that allows our enemies to build monuments on the place where they had their greatest defeat of our country?

All weekend the mainstream media has been focused on the remarks Obama made at this event commemorating Ramadan - the muslim holy day. How about we focus on the fact that our President - who refused to attend the National Day of Prayer event - attends a muslim event? Is there any further doubt that he's anti-Christian?

Austin is cooking bacon. He's lost so much weight over the summer... he's around 145 pounds now... and I think he plans to regain all the weight he lost in this one week. I went to the grocery store on Saturday morning and he's been eating nonstop ever since.

He has a new bike. My boss bought a new bike and gave Austin his old one... it's a really nice mountain bike. It's a bit big for Austin but his friend Logan helped him adjust the seat and he's been able to make it work. He had given his bike to a man in the neighborhood who was having to walk to work.

Friday was crazy busy at work... we're minus one employee already and then we had someone who had to leave due to a sick child. Fridays are typically our busiest day... so it was busier than usual being shorthanded. Yet... ultimately... the day went by quickly so it's all good. I just always worry that there's something I overlooked in my busy-ness that will come back to bite me. Hopefully not. And since I called in sick on Thursday I can't really complain, you know?

The sore throat/fatigue that haunted me last week seems to have abated. I'm a little bit congested but... that may be due to ragweed. It's the late summer allergy season. I don't think I have anything infectious.

Yesterday I ran for 20 minutes... it felt awesome. I'm unofficially down 17 pounds... officially almost 16. It's not a huge amount of weight but that, combined with eating properly makes me feel soooo much better. This feeling is addictive.

Having lost a huge amount of weight before and then regained it... I think a lot about the process of losing weight and try to analyze the similarities and differences *this time*. Here are some major differences:
* Last time I adjusted my portions to fit my point allowance but I didn't really change the kind of foods I ate
* I never broke my carb addiction before. I still loved bread - I just forced myself to consume it in moderation
* I didn't exercise until I was much smaller
*I never consumed my 5-9 servings of produce a day
* I felt deprived often
* I still snacked at night - every night, as a matter of fact, I would have a sweet snack before bed. My sweet snacks are rare and never after dinner

This time it feels more like a permanent lifestyle change, not a "diet". I feel like i finally figured out the solution to a lifelong struggle with weight.

Time for me to plan my food for the day, glam and get myself to work for staff meeting. Hope you all have a Marvelous Monday!