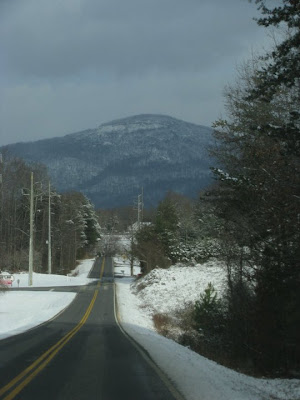 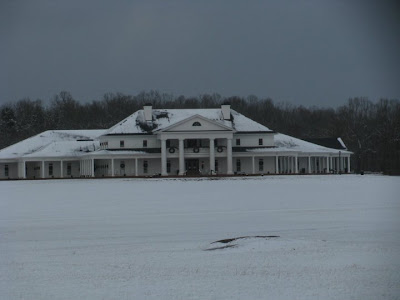 I want to be best friends with Sarah Palin.
There. I said it.

I think we'd have a great time together. I want her to teach me how to have that little bouf in my hair.
AND... I think every girly girl like me who is afraid of guns, needs to have a ballsy gun toting friend in her ... um... arsenal. Pun intended.

I think Kate Gosselin is a shrew but she still amuses me.

Michelle Duggar is, I think, the sweetest lady anywhere. I sense such a great peace in her.
(my sister in law Candice just gagged)

Since receiving an electric blanket as a gift, I've been able to cut the thermostat back from a balmy 66 degrees to a money saving/pipe thawing 64 degrees. At least while Austin isn't here.

I'm considering getting him his own electric blanket for that reason... although... Austin + any heat source makes me nervous.

Candice & Bryan got me this fabulous book, "What I Eat - Around the World in 80 Diets". I'm always fascinated with other cultures and their dietary habits so this book is the bees knees for me.

I'm halfway through it already.

There's a website but I can't seem to locate the address that I saw in the book... so google it.

My daddy got me a Beth Moore devotional book and I plan to make good use of it. She's having a scripture memory contest/promotion in 2011 and I plan to do that too. Gotta remember to get me a little spiral notebook to record my memory verse in. The goal is to memorize two new verses every month. Any suggestions on verses?
I'm now a complete rice cooker devotee. I want to quit my job and travel the world teaching people how to cook in a rice cooker. Only half serious (since my boss reads my blog).

Patty always talks about me writing a cookbook... IF I DID... it would be to teach people how to eat healthy on the cheap and the rice cooker would be an integral part of it... for people, for instance, who are living in rented rooms with no kitchen... a rice cooker would enable them to eat at home cheaply and nutritiously. Using dried beans and rice - the kind of things you get at food banks - with minimal ingredients. I bet I could make a mean tuna casserole in it...

I even found a recipe about how to make a frittata a rice cooker!

I ate too much over the past week. I'm going to regret it on the scale. I'm having a hard time getting my appetite back under control... glad to be going to work tomorrow, that will help.

I've absolutely loved the winter wonderland we've had. I snagged the photos from a fellow church member's facebook (without permission but she won't mind)... because although I think the roads are pretty much clear now, I didn't venture out.

I think there are a few icy patches but for the most part, the roads seem dry.
Global warming, my rear.
Remember my "hope" ring that I lost? I wore it in place of a wedding band... and then when I lost it, i replaced it with a beautiful thick silver band that I bought from premier. Last week that ring broke... and for Christmas... Angie gave me a new silver band that says, "faith". The "hope" ring was a great reminder for me to have hope... as long as you have hope, you can keep going. This new ring... reminding me (duh) to have faith... which is similar, isn't it? Except... the word "faith", to me, means so much more... it's hope in something bigger than me... something more than what I can see... it's believing the unbelievable... trusting in a higher power... and my goal, is to do a better job of demonstrating my faith.
On a completely related subject... I haven't heard from Next Guy or the Bear Hunter all weekend. I have chatted often with Red Flag Guy. I guess... the moral of that story... platonic guy friends are much better friends than romantic interests.
I want "Just dance" for Wii. I think that would be a great exercise plan for me.
Tonight i'm having an early bedtime. Work tomorrow.
Love and hugs, y'all.

The pictures are beautiful. We got snow here in TN. Love Beth Moore! I need to get back into doing a Bible study section each day. When I do, it brings peace and contentment and God shows me His Will. I also love Sarah Palin in her new show. Thank goodness for "On Demand" on cable b/c I always miss it. I think it might be on right now. lol I use to admire Kate Gosselin but she has lost her luster lately for me.