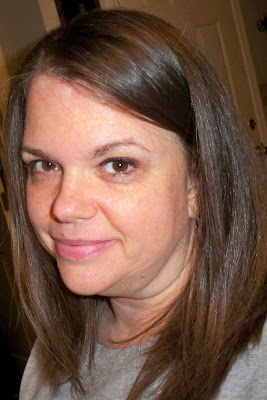 Kitties love electric blankets. How's that for an opener? That's pretty much what's happening in my world at the moment... me, the kitties and comfort.
Some people only blog when they have something to say. I'm not sure if it benefits anyone but I talk whether or not I have anything interesting to talk about.

I realized we have about five new movie channels on our satellite that I had never noticed before. Lots of movie watching ahead for me.
It will help balance the butchness of all the football I've been watching.
And I'm watching more today... the Falcons last regular season game.
I know it's atypical but I don't care. I grew up in a house with four brothers and one tv. I learned to love sports.
But I think it's deeper than that... I've mentioned before that I'm a fan of fans. I'm fascinated by the passion behind sports.
I believe, though, that women approach sports differently than men.
For women... there's an emotional approach to sports. Our allegiances to teams come from more deeper rooted things... the people we associate with the teams. I love Kentucky basketball because a man who was a long time friend and companion was a huge Kentucky fan. I love Florida football because during the Darby-era the happiest times were our football watching times. Michael was not affectionate... rarely at all... but he used to kiss me once for every point Florida scored.
I will always associate Urban Meyer and Tim Tebow with those happy times. Some of the few times I could count on being with my husband.
The Falcons remind me of those great Sunday afternoons I spent with the girl I refer to as my "godsister" because I always called her parents my "godparents" although they weren't officially. I spent a lot of time with them growing up and they indulged me in a lot of things I would have otherwise missed out on, as the second of five kids in a less priviledged family. My godparents had season tickets to the Falcons games and it was my "duty" to spend the afternoon with their daughter while they were at the game. From the time we were eleven or so, those Sunday afternoons we were able to experience our first taste of independence while they were at the games. They had a lake place on Lake Lanier and when they weren't at the game, we were at the lake watching the game. They were the ones who explained the game of football to me... four chances to ten yards... up to the end zone to score. I always think of them when I watch the Falcons.
Cody went to his first FSU game on Friday night. He's loved FSU for years... not sure why, exactly... but he's passionate about this team and it was a great treat for him. I watched the game and rooted against my beloved SEC conference for once... because I wanted my son to have the BEST time possible. His team won.
His passion for FSU reminded me of my passion for every. single. team. Cody ever played on... I was always his biggest fan.
Women just feel it differently. For guys it's about the prowess and the physical ability and competition... for women, it's the connection they feel to their team and the reasons behind it.

Just like I associate showtunes with the fabulous men in my life who introduced me to Broadway musicals. The first time I ever heard the musical Wicked was with Joey... he said, "you've got to hear this...." and he played highlights from the CD and explained the show to me.
Working on shows... loving people who are passionate about theatre made me love theatre. And any time I hear showtunes, I'm able to reconnect - at least in my heart - with the people who shared their love with me.

I didn't start my New Year off with much of a bang... only got about ten minutes of exercise in... put away a load or two of laundry... spent a lot of time in the nest.
I. Will. put my butt in higher gear today.
The thing is... like the bible says... where your treasure is, there your heart will be also. Your heart = your passion and your energy. I have to learn to treasure physical activity and the benefits it will bring into my life. I have to find that passion... because I know that my personality causes me to focus my energy (limited though it may be at times) on my passions... like football, theatre, nutrition... it has to matter more than the other things I spend my time on.

OR.... you can wake up on January 1, 2012 with the same unachieved goals... and make the same resolutions again... and know that another year of your life has gone by without you being the person you want to be.

With that... I'm going to climb out of the nest... take off the pjs that I've been wearing since last year (never got dressed yesterday) and become passionate about the things that matter to me.

I also think that men can have non-competitive attachments to a team as well.

My grandfather was the Attorney for the Boston Garden Authority, and so I am a tremendous Boston Bruins fan. Somewhere, there is a picture of me with the team somewhere in the 70s.

That loyalty will stay.

GREAT POST!!! I haven't thought much about "resolutions" this year and thats a first for me. It's always the same...LOSE WEIGHT, EXERCISE, etc. I did some looking back over the last year and I find myself at the exact same weight I was this time last year. I could turn that into a whole pity party bashing session on myself....but I didn't. I said to myself....it's ok. I went to the gym alot more this year, I ended up in much better physical health than last year even if I didn't lose the weight. I gained alot of inner peace. THAT makes all the difference. I think it's important to fix the INSIDES in order to be sucessful in fixing the OUTSIDE. I had alot of serious challenges this year, but I got thru them all and I am the exact same weight. That's OK with me. I want to continue on this very same path...but I need to work on CONSISTENCY this year. That's my goal...that, and GRATITUDE. I am reading an awesome book..."365 Thank You's" and I really want to do this little project this year and focus much more on what I HAVE...and much less on what I don't!!

Look how you got me rambling this morning! (lol)

I love watching football and I always have . . . that was the one thing dad and I could always do together, watch sports, and of course, I always played sports. But since we've been here in SEC football showdown heaven 45 minutes north of Auburn, you would be surprised at the number of women football fans there really are . . . allegiances are strictly either Auburn or Alabama here (Roll Tide) and the women are bigger fans than the men are! Natalie is planning to attend Auburn, but says she'll be a Tide fan anyway. Doug played football from the time he was little until he graduated hight school, but he can't stand to watch it on TV ~ he gets to emotionally caught up in it. I love to watch it. Of course, I love to watch college basketball too!